Here’s a quick post about my migration of DNS to Google Cloud Platform. As it’s say in the Google Cloud documentation, DNS are so important that it’s the only service that has a 100% SLA. The migration is very easy.

Here’s some context, I’m talking about the DNS of this blog, this is just a little side project with some tests subdomains. Just a sandbox. Not a big website with huge traffic.

But, why migrate the DNS to Google Cloud?

OK, it’s not that usefull to me. It’s not about performance or some low latency, which is true, but it’s a convinient way to do some testing and prototyping. As I play often with Google Cloud services as seen in my blog post, it’s a easy way to setup some domaine name. I have everything in the same place, I can setup a new subdomaine, no propagation, it’s fast, all in the same place.

What about the price?

The pricing documentation is simple. There is a price per zone, and a price per million/months of request. The good part is a zone is a domain, no matter how many sub domaine on it. That mean if you have test.domain.com, test2.domain.com and so on, this count as one zone. The price is $0.20 per zone and per domain. That’s not a lot! About the request price, well, I have not such traffic, let’s be honest, it’s gonna cost me nothing.

That’s mean I have migrate nsirap.com DNS for… $0.20 a month, just to get a simple way to play with my DNS. Not that expensive.

Let’s do the setup

DNS can be found under Networking > Network Service > Cloud DNS. 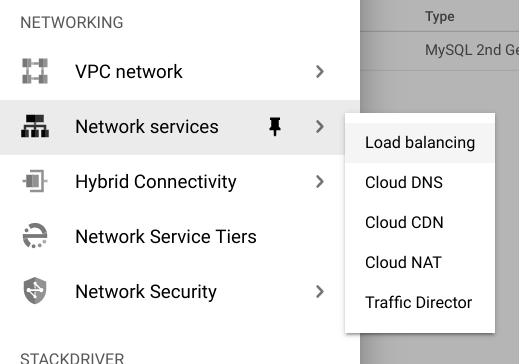 You might need to activate the DNS Google Cloud API.

You’ll need to create a zone. 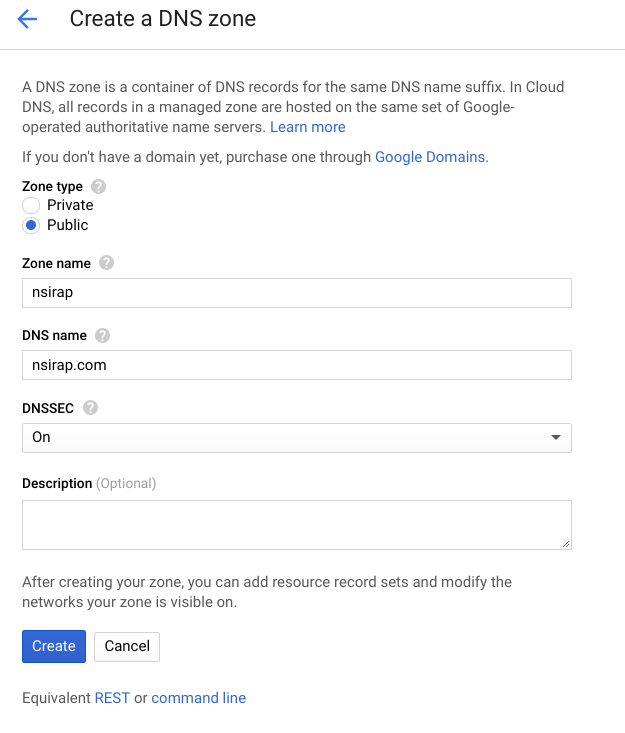 Once the setup done, you’ll need to update your DNS Server from you registrar, and that’s it, you’re done.

Unexpensive, easy to setup. All in one place. Why not then!

UPDATE: I’m not using this very often, but when I need it it’s nice to have it on the same platform, but it’s still few penny every month, that could had up with other few pennies not so usefull servicies.